Establishments like the Pair-o-Dice Club, built on Highway 91 in 1931, and the El Rancho Vegas, built in 1941, ushered in the Bugsy Siegel era, which saw the rapid development of the 6.8 km neighborhood across Las Vegas Boulevard South in Clark County, Nevada. A concentration of resort hotels and casinos throughout the mid-1940s and 50s paved the way to forming the infamous Las Vegas Strip.

For people who have been closest to the Vegas gambling universe through regulated gambling sites like Vulkan Vegas, here’s a walk-down history, featuring the legendary, authentic casinos on the Las Vegas Strip.

A Look into the History of the Las Vegas Strip

In 1909, after years of turmoil to free Las Vegas of the mushrooming speakeasies and illicit casinos and decriminalize the rising organized crime surrounding the gambling industry, the Progressive Movement was able to pass legislation banning many games of chance in Nevada.

However, the ban wasn’t able to fully stop illegal gambling in back rooms in Las Vegas. The construction workers who built the Boulder Dam or Hoover Dam had a significant role in fueling greater demand for gaming establishments in the area.

It was in 1931 when gambling was finally legalized in Las Vegas by the Nevada government.

Although several casino establishments across Las Vegas operated before the 1910 ban, such as the Golden Gate Casino Hotel on Fremont Street, which was the first casino in the city, renamed from Hotel Nevada and opened in 1905, the same year Las Vegas was founded as a city.

The Earliest Casinos, The Flamingo and The Legacy of Bugsy Siegel

Even though Thomas Hull’s casino resort at El Rancho Vegas was the first in a line of casino attractions after the official legalization of gambling in 1931, it was Bugsy Siegel’s extravagant casinos that cemented the Las Vegas Strip in the middle of the 1940s, especially The Flamingo. The most iconic casino opened in 1946, a year after Siegel was shot to death. The Flamingo is frequently regarded as the first casino that started on the Las Vegas Strip.

The legacy lives on, with a long list of casinos, resorts and gambling attractions that were funded by infamous mobsters. The Las Vegas Strip has changed dramatically over the decades, and so has the gambling environment and tourists, but the history and the oldest casinos in this area continue to be the brightest light.

The Rise and Fall and Rise of Sahara Las Vegas

The Sahara Las Vegas casino initially started as Club Bingo around 1942. Later, it was purchased and transformed by Melvin D. Close into a 19-acre gambling haven and was officially opened as Hotel Sahara in 1952, which forms the northern end of the Las Vegas Strip today.

Over the years, the Sahara has been shut down, reopened, acquired, renovated and renamed multiple times. The most recent shift is from Sam Nazarian, who renovated and reopened Sahara as the SLS Las Vegas way back in 2014. The hotel towers were rebranded the following year as W Las Vegas, managed by Starwood as part of its W Hotels chain.

The Meruelo Group and the W Las Vegas became part of the SLS, and it was renamed Sahara Las Vegas on August 29, 2019. It operates as one of the most iconic names in the history of the Las Vegas Strip. In September 2021, the resort opened its 35,000 sq ft (3,300 m2) and renovated Azilo Ultra Pool, replacing the Foxtail Club and several other modern and exciting attractions.

The Tropicana Hotel and The Las Vegas Boulevard Intersection

The Tropicana Las Vegas was built in 1957 by Ben Jaffe as a Cuban-inspired casino hotel. It was one of the earliest establishments to join the Las Vegas Strip at 3801 South Las Vegas Boulevard.

The Tropicana-Las Vegas Boulevard intersection is a one-of-a-kind pedestrian intersection on the Las Vegas Strip that is completely closed to street-level pedestrian traffic. The footbridge connects the four prime casino resorts in the area: Tropicana Las Vegas, New York Hotel & Casino, MGM Grand, and The Excalibur Hotel and Casino.

With the four hotels combined, there are 12,536 hotel rooms there as of 2022, making it one of the largest casino hotel premises in the world. The Godfather and Godfather II (deleted scene), Viva Las Vegas, James Bond’s Diamonds Are Forever, and other classic Hollywood movies have all been filmed here.

The Caesar’s Palace and Roman Luxury

Caesars Palace is one of the biggest luxury hotels and casinos in the world. Themed around the Roman Empire, this hotel is the most recognizable landmark in Paradise, at the western end of the Las Vegas Strip, and was constructed by Jay Sarno in 1966. Caesars Palace set out to create a magnificent facility with a massive 24,181 square foot entertainment complex crammed with casino games such as slot machines, table games and the opulent race and sports book division. This is a luxury lifestyle extravaganza with high-profile events and entertainment shows, fantastic nightlife and dining options, a wide variety of shops, a golf club, the Garden of God pool oasis, spas and salons and much more. 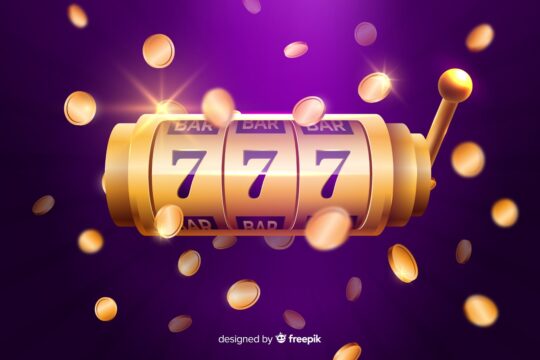 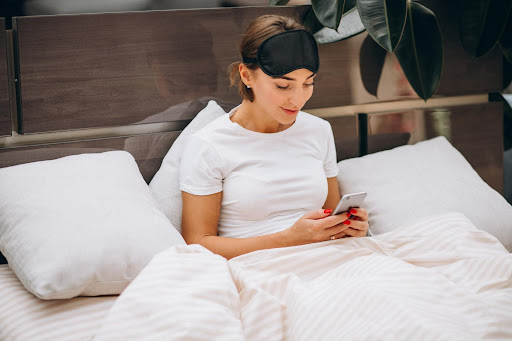 How Technology Can Help You Sleep Better?